“Defense wins championships” is a common phrase used in the sports world. While high-powered offenses are “flashy” and can certainly carry teams to success, oftentimes the teams with the most stout, consistent, and opportunistic defenses reach championship levels. As I was reading the book, The Millionaire Next Door, by Thomas J. Stanley, I found many parallels to this sports truism and the world of personal finance.

To give you a preface of the book, the author interviews a range of millionaires (people with net worth over $1MM) in hopes of finding the secret habits of what it takes to be “wealthy.” After an extensive interview process, he was so shocked at the results that he decided to write a book. Wealth, is a subjective term that can be interpreted in a variety of ways, but as Stanley describes it, an accumulator of wealth is someone who saves more than he or she spends in order to increase their overall net worth (Assets-Liabilities = Net Worth).

During his research, Stanley targeted those living in the affluent neighborhoods, people with relatively high incomes such as doctors, lawyers, CEOs, and those who drove expensive European cars. Stanley found that the people with a large income (a high powered offense), were more often than not subject to lifestyles with excessive spending habits. For example, most lawyers are often expected to dress in top of the line suits, wear a designer watch, and drive a European vehicle in order to portray a high standard that successful lawyers often like to maintain. Although the profession often yields a salary in the six figures, it also costs more to maintain the lifestyle that is expected, which means that saving money isn’t high on the list of priorities for most.

Many of the professions yielding high incomes (great offenses) were the worst at saving/being financially adept (great defense). He blames this partly on cultural norms and the effect of mainstream media on what wealth looks like. If I were to guess, stories about Bob the plumber wouldn’t get much viewership on Inside Edition or World News Tonight. They are looking to report flashy, exciting, fast cars, beach houses, expensive jewelry, private jets, and so on.

People that play good defense aren’t that exciting in the media’s eyes. Defense, according to Stanley, is living on a budget, avoiding the hyper consumption lifestyle, and living below your means. Some examples of defense in the book included buying used cars, spending less than $500 on a suit, sending your kids to public school instead of private, and living in a house that was less than $300,000 (recorded in 1995).

I thought it was interesting that a common theme throughout the book was that the people with modest incomes were the wealthiest of the sample because they played the best defense. Since they didn’t have access to large amounts of income, credit, mortgages, etc., they were forced to live within their means, create a budget, and save because they didn’t need to keep up with the Jones’ and didn’t consider themselves “wealthy” according to societal norms. Stanley actually had to adjust his sample of neighborhoods that he interviewed in order to find people that were wealthy, according to his point of view. The neighborhoods that yielded the wealthiest families were homes valued between $250,000 and $350,000. Being assumptive, the incomes needed to live in these types of houses are significant enough to get a mortgage for that amount of house, however, they aren’t large enough to feel like they can buy the latest Range Rover or Rolex.

Sports fans often become enamored by the biggest, fastest offense, which they think will help them win the big dance. However, it is often the team with a systematic and consistent approach to the game that ultimately wins the championship. Regardless of your goals in life, the path to accumulating wealth and escaping financial stress starts with saving more and spending less. As a defensive player on my team, I will say that it is nice to have a high powered offense, but it is ultimately up to us to keep the opposing team out of the end zone. Defense wins championships. 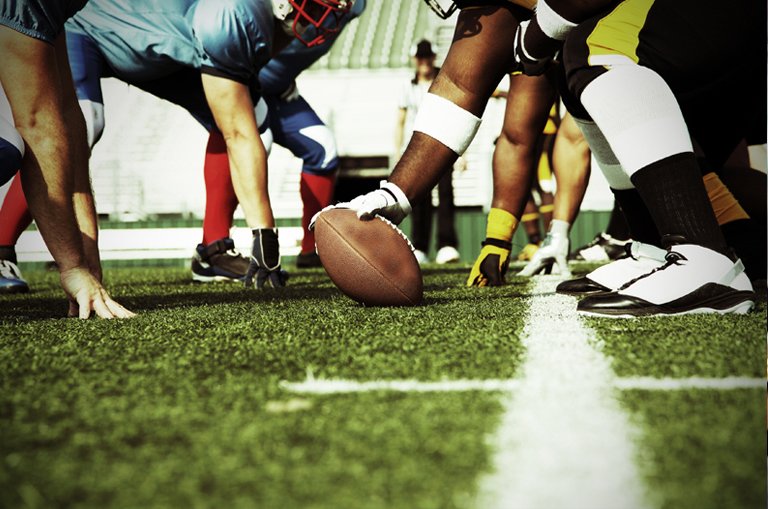