For now the economic data continues to improve, but continued gridlock in Washington presents the main risks for economic and stock market performance.

Stocks continued to surge for most of the first quarter of 2017 before treading water in March. While there is no shortage of political uncertainty around the world, during the first two months of the year these risks took a back seat in the minds of investors to the strengthening global economy.

Globally, most economic indicators remain in a solid uptrend. Manufacturing data continues to improve in three of the world’s largest economies, the United States, China and the Eurozone. In addition, business spending is recovering in many regions as evidenced by a recent increase in factory orders and capital expenditures.

For the quarter, the MSCI Emerging Market Index was up 11.5 percent, significantly outperforming most other asset classes. Developed market equities rallied as well, with the MSCI EAFE Index of foreign developed markets up 7.3 percent. Fixed income generated positive but meager returns as the Barclays U.S. Aggregate rose 0.8 percent.

In the United States, the belief that President Trump’s administration would deliver legislation that would boost growth drove the S&P 500 index of large cap U.S. stocks up 6.1 percent. However, as the first quarter progressed the failure of Republicans in the House of Representatives to pass health care reform had investors questioning whether the tax cuts, regulatory reform and infrastructure spending initiatives would still occur in 2017, be put off until 2018, or never get passed at all due to a fractured Congress.

As a result, stocks traded relatively flat in March as investors waited to see how the political uncertainty will affect the economy. For now, the economic data continues to improve, but the recent setbacks may cause consumers and business leaders to lose confidence in the new Administration’s ability to pass their proposals. Continued gridlock in Washington could hurt economic activity and presents the main risk for economic and stock market performance.

The valuations of most major U.S. large cap stock indices were above their historical averages at the beginning of the year. With valuation levels even higher today, we believe the recent uncertainty could cause a short-term correction in stocks. Still, we believe it is wise to keep a long-term perspective when it comes to your financial goals and remain diversified in your investments. History has shown that it is very difficult to try to trade around market movements.

The information contained in this paper is for educational and informational purposes only. Any investment involves some degree of risk, and different types of investments involve varying degrees of risk, including loss of principal. Past performance of any security, indices, strategy or allocation may not be indicative of future results. 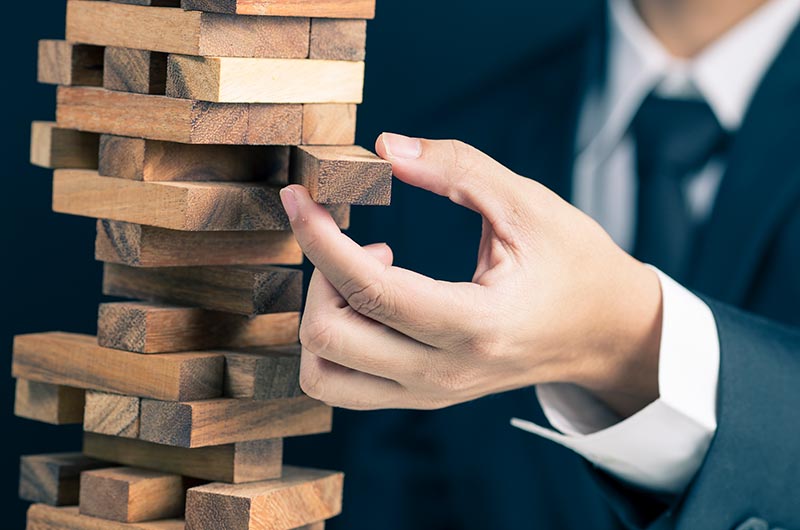