During the first quarter of 2022 the world was forced to endure multiple shocks which caused the outlook for global economic growth this year to deteriorate. At the top of the list was Russia’s invasion of Ukraine. Russia’s aggression caused additional supply bottlenecks and intensified inflationary pressures on many important products. In the United States, the Federal Reserve started a campaign in which it is expected to raise rates eight times and reduce its balance sheet to rein in inflation. As a result, yields on U.S. Treasury bonds shifted higher during the quarter and into April. Near the end of March, the world was reminded that the pandemic is still not over when Shanghai, a city of 25 million people in China, was locked down amid a new COVID-19 outbreak. Together, these shocks will have a profound influence on economic conditions for the rest of 2022.

The stocks of companies in the energy and utility sectors were the primary beneficiaries as energy prices surged around the world. Regionally, some commodity-exporting countries in Latin America, Africa, and the Middle East also benefitted from the rise in the price of oil.

In late February Russia stunned the world by invading Ukraine and bringing devastation to its people and economy. While the war is a human catastrophe, it is our job to assess the impact of the war on the global economy and capital markets. According to The Economist, the Kyiv School of Economics estimates that the physical damage inflicted on Ukraine’s infrastructure, homes, factories, hospitals, and schools from February 24 to April 1 exceeded $68 billion.

But the effects of the Russian war on Ukraine extend around the globe. It is one of the main reasons for the spike in inflation in the United States, which reached a forty-year high of 8.5 percent for the one year ending in March. This comes after the consumer price index rose 7.9% in February. Russia’s violence impacts both energy and food costs in several ways. The supply of oil has been reduced because energy giants such as Shell, BP and Exxon all pulled out of Russian energy deals, and the Biden administration announced a ban on importing Russian oil and other petroleum products. Russia represents about 8% of U.S.-bound crude shipments. The cost of diesel fuel, which is primarily used for trucking and shipping, rose 63 percent in the United States during the first quarter. Higher transportation and delivery costs were reflected in the cost of many other goods. Ukraine and Russia also are key exporters of grains and cooking oils. Since the war began, the price of corn and wheat have both increased by almost 20 percent, barley by 27 percent, and vegetable oils by 23 percent.

Many central banks, including the U.S. Federal Reserve, have begun to tighten monetary policy to bring the inflation rate down. However, tighter monetary policy comes with a cost. Tightening monetary policy slows inflation by causing interest rates to rise. Since the start of the year, the yield on the 2-year Treasury note has risen from 0.78 percent to over 2.40 percent, and the 10-year Treasury yield has risen from 1.63 percent to more than 2.80 percent. Eventually, higher interest rates will slow economic growth and lead to fewer jobs, lower investment, and lower household incomes.

The COVID outbreak in China is causing concerns that Chinese consumers will be more cautious in their spending going forward. The Chinese consumer is a crucial source of growth for many companies and countries, but their savings are dwindling, and wage growth is falling.

All these blows to global economic growth have increased the odds of a recession later this year or early next year. Equally concerning are fears of stagflation, a period when there is simultaneously high inflation and slow or negative real economic growth. Traditionally there are two periods in the 1970s that economists have defined as stagflation, 1974-1975 and 1978-1982. Both periods eventually lead to higher unemployment and a recession.

However, there are several important differences between the economic environment today versus the 1970s and early 1980s. While the inflationary pressures in the 1970s were also exacerbated by an oil supply shock, today the world is much less vulnerable to a disruption in the supply of crude oil.

According to a study done by Deutsche Bank, the number of petroleum products used to produce economic growth in the U.S. has been declining sharply over the past fifty years. As a result, the recent spike in the price of crude oil will have less of a negative effect on growth in GDP than it did in the 1970s. Also, in the 1970s the US was a net importer of oil. The US is now a net oil exporter, which means the spike in the price of oil may be less severe and not last as long as it did fifty years ago. In fact, the average price of a gallon of gas in the US is already down a bit from a peak in March, indicating it may have already peaked.

Also, during prior periods of stagflation inflationary pressures were mounting at the same time the labor market was very weak. From 1974 through 1979 the average annual unemployment rate was 7.9 percent. Today the employment level is extremely healthy, with the unemployment rate at 3.6 percent.

With a healthy labor market, the Federal Reserve can raise rates with less concern about causing a recession. Demand is still relatively strong as the recovery from the pandemic continues. However, with rising rates and higher inflation likely to cause some pullback in spending, combined with slower growth from China, there is a real risk of the Fed raising rates too far, which could trigger a recession.

The good news is that the Federal Reserve may not need to raise rates as aggressively as feared to achieve an economic “soft landing”. A soft landing is when the Federal Reserve raises rates just enough to slow growth but not cause a recession.
There were already signs that growth was slowing prior to Russia’s war on Ukraine and before policy tightening had begun. Economists for the World Trade Organization were already cutting global trade forecasts and the International Monetary Fund was lowering its economic outlook.

In the United States, trucking and shipping rates are now falling. After two years in which homeowners were buying big items for their homes, consumer demand is showing signs of moderating. When the huge surge in gasoline sales is stripped out of the retail sales report for March, retail sales fell 0.3 percent. Mortgage rates are now up around 5 percent, which will eventually have a slowing effect on the housing market.

While economic growth is slowing, that doesn’t mean a recession is imminent as long as the Federal Reserve doesn’t adhere to its current rate hike projections in the face of slowing growth. If economic growth slows due to the war, slower demand from China and the first few rate hikes, the Fed may scale back its rate hiking plan. Interest rates would then likely stay rangebound, albeit at a higher level, and a recession could be avoided.

Stock prices are still likely to face downward pressure over the next several months because of higher interest rates, slower economic growth, and continuing supply disruptions. Inflationary pressures are likely to continue in the short term, which will drive up costs for both consumers and businesses. Higher input prices, along with rising wages, will cut into corporate profitability and slow corporate earnings growth. Also, the situation in Ukraine may get worse and additional sanctions may be placed on Russia.

While stock markets could be due for some further declines as investors come to grips with these issues in the coming months, stocks should move higher again toward the end of the year as many of these issues are resolved. This outlook is consistent with the historical movement of equity markets during a period of Fed tightening.

Investors typically take about four months to adjust to a fed rate-hiking campaign, which should also coincide with some of the headwinds fading away. In the fall of this year, both the valuations and growth expectations of many stocks may be more reasonable. An environment of slower growth, along with interest rates and inflation leveling off at modestly higher levels could provide an environment for modest gains in stock prices, albeit with more volatility. Corporate profits will also get a boost from rising government spending on defense capabilities and strengthening energy independence. Companies that are generating cash flow, have strong balance sheets and growing dividend potential are likely to do well in this environment.

Of course, if the Fed hikes rates as much as it currently anticipates, a much higher interest rate environment will probably cause a recession late this year or early next year. This is unlikely, because as growth slows there will be less political pressure on the Federal Reserve to continue hiking rates. Meanwhile, the multitude of global shocks and the uncertain path of the Federal Reserve will likely cause a continuation of the volatility in stock prices for the rest of this year, but most stock markets should end the year slightly higher than they began the year. 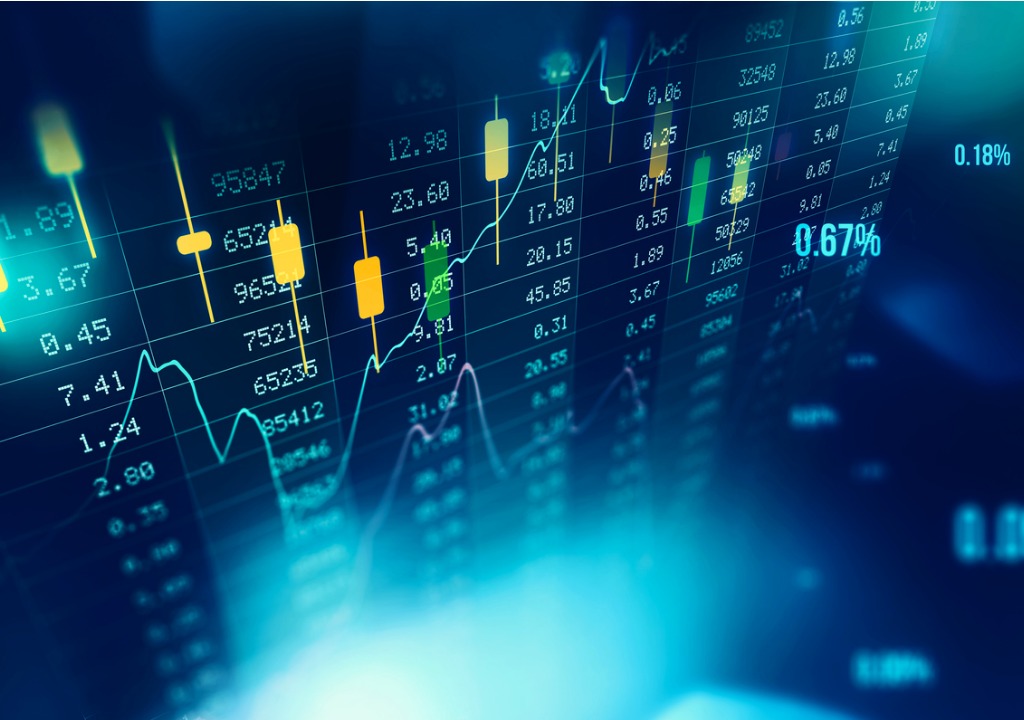