Commentary on the U.S. Economy, Q3: The Global Economy Has Already Made Enormous Progress as More Countries Reopen

The global economy has already made enormous progress as more countries reopen but regaining the growth lost during the Pandemic still has a long way to go.

During the first half of the year, the world made a substantial amount of progress in the fight against the COVID virus. In the United States, about half of all Americans are fully vaccinated, and two-thirds of all adults. More importantly, COVID fatalities and ICU hospitalizations are at their lowest level since the pandemic began. The reopening of businesses accelerated, and many offices began welcoming workers and clients back to the office. People are also traveling again, and many restaurants and hotels are often filled.

As the world returns to some level of normalcy, there remain many obstacles to a full recovery. The emergence of the Delta variant of the COVID virus is causing some people to be more cautious going out in public as often as they otherwise might. Vaccine hesitancy is preventing the United States from reaching President Biden’s goal of fully vaccinating 70 percent of the population and is also one reason for the spread of the Delta variant. Businesses that are attempting to get back to operating at full capacity are being restricted by supply chain disruptions and worker shortages.

After more than a year of very little in-person interaction, there are also lingering mental health issues that need to be addressed. Some people feel generally uneasy about going out, and there also seems to be more incidences of aggression in public. Recently there has been an increase in road rage incidents, unruly passengers on airlines, shootings, and other acts of violence. Governments and corporations can help with increased spending on mental health care and by promoting a greater emphasis on work/life balance. These steps may be needed to speed the recovery and grow the economy to its fullest potential.

Economic Outlook
The economic recovery continued in the United States during the second quarter of the year, but as we move into the second half of the year the reported growth data paints a mixed picture. The job market recovery is accelerating, manufacturing data remains strong, and the most successful vaccination campaign permitted a reopening of many economies around the world. Most people are eager to leave their homes for entertainment and leisure, and there is plenty of cash in their pockets thanks to the stimulus checks and favorable credit conditions. The result has been a surge in activity in the services sector.

However, while consumer demand is still growing, the growth rate has slowed since the initial spring surge. Shortages of labor and goods are limiting the recovery in some sectors, and the spread of the Delta variant of the COVID virus is causing some caution around personal interactions as businesses reopen. Also, the world’s biggest central banks have begun the process of reducing the monetary stimulus put in place during the pandemic-induced lockdowns. While the level of liquidity is still high, the boost it has been providing to the economy is diminishing.

While spending on services is improving, spending on durable goods is weakening. Households are likely to continue spending on services the rest of the summer as they catch up on the experiences they missed during the pandemic, but this will be at the expense of spending on cars, appliances, furniture, building materials and other big-ticket items. When the stimulus checks and the extra unemployment benefits stop in the fall, consumers’ spending on all goods and services may slow.

Leading global growth indicators remain very strong, which should continue the rest of the year. However, the recent run of mixed data indicates we may have already experienced the peak in growth rates for the recovery. This has implications for the labor market and inflation. There are many reasons cited for the mismatch. In many cases, the skills of the job seekers are incompatible with the skills necessary for the available jobs. In addition, some people are hesitant to return to service positions with the pandemic still not over. There are also reports of many parents who cannot find adequate daycare to go back to work. Still, others do not feel the need to return to work if the Federal Government is sending out stimulus checks. In fact, the stimulus checks enable some people to have a higher income staying home than they had when they were working and spending a portion of their pay on commuting and childcare.

This mismatch should mostly disappear in the fall as the pandemic fades. Employers will likely be agreeable to more flexible schedules to recruit new employees, and the stimulus checks will end. This could help bring people back into the workforce, drive the unemployment rate lower, and relieve upward pressure on wages.

Inflationary pressures were being caused earlier in the year by supply chain disruptions, higher raw-materials costs, shipping constraints and a tightening labor market. By the middle of June, however, most economists began to realize that these upward price pressures were likely temporary. The higher price levels are likely a repricing of goods whose price was artificially depressed because of the lockdowns. When businesses adjust to the post-pandemic growth surge, likely by the end of this year, these inflationary forces should ease and prices could stabilize, although at higher levels. Next year, when the economy is fully open, the economic forces that have kept inflation in check for years – global competition, improvements in technology and just-in-time inventory management – will likely keep inflation in check.

U.S. Federal Reserve Chairman Jerome Powell’s consistent messaging that inflationary pressures will be transitory appears to have been correct despite much criticism at the time. Already, prices of some closely watched categories have begun to recede. Earlier in the year, the prices of lumber and used autos were being used as examples of rising inflation. However, prices in both categories have already begun to fall. Still, the restarting of economic activity may reset price levels higher than the Federal Reserve anticipated. Higher commodity, housing, and rental prices, as well as higher wages, pushed the annual inflation rate to 5 percent in May and 5.4 percent in June. Longer-term, inflation could settle into an annual rate of around 2 percent over the next few years, which is a bit higher than the 1 to 1.5 percent pre-pandemic rates of inflation, but not high enough for the Federal Reserve to feel the need to step in and dramatically raise interest rates.

The stimulus checks are one-time payments and not an increase in the annual income of consumers, so they will only provide a short-term boost to spending. With the Fed likely on hold for the next year, the primary source of economic stimulus in the U.S. will be the White House’s $4 trillion infrastructure proposal. But even if this bill passes, it probably will boost growth just a bit above the slow growth environment which existed before 2020.

Equity and Fixed Income Markets
In response to strengthening economic growth, stock markets both in the United States and around the world continued to rise during the second quarter of 2021. Most major stock indices have now posted five straight quarterly gains, more than recovering the losses from the start of the pandemic. As of June 30, the MSCI All Country World Index (ACWI) is 25 percent higher than it was at the pre-pandemic market peak in February of 2020.

During the first six months of this year, ACWI is up 12.30 percent. The successful vaccination campaign has been the driving force behind the strong performance because it has allowed many service businesses to reopen, but there have been other factors as well. Corporate profits in all sectors of the economy are reporting strong quarterly earnings, and global central banks continue to provide the economy ample liquidity. Another tailwind was surging inflows into equity mutual funds during the second quarter.

Moving into the second half of the year, stock market returns may be more modest. The world’s biggest central banks have already begun the process of reducing economic stimulus after a year of record-breaking cash injections. Absolute levels of liquidity are still high, but the boost it has provided to asset prices is starting to diminish. After the market’s decline in March 2020, stock prices have surged in anticipation of an earnings recovery, pushing valuation levels much higher than their historical averages. Reduced stimulus, slowing economic growth, rich valuations, and slightly higher interest rates could mean stocks will rise at a more moderate pace the rest of this year and into next year.

Recently, trading has been more volatile, with the strong earnings growth companies report justifying the valuation levels of most stocks. In the United States, the real growth in the economy needs to continue to improve for stocks to continue moving higher. Real Gross Domestic Product (Real GDP) is still 2.6% below Real Potential GDP, yet the S&P 500 Index is up 14.4% since the beginning of the year. U.S. companies continue to see profits recover, but many sectors have already priced the recovery into the prices of the stocks in that sector. If the pace of economic growth slows as expected the rise in stock prices may have a short-term pause for the economy to catch up with current valuations in the stock market.

In addition, leadership within the stock markets may shift again as the economic cycle matures. For most of the past nine months, those companies that are most leveraged to the rebound in economic growth have led the market higher. These mostly value sectors (financials, industrials, energy) have risen sharply. However, if economic growth slows, investors may once again “pay up” for persistent earnings growth. This change already appears to have started. For the first time in nine months, growth stocks outperformed value and cyclicals in June.

In the Fixed Income markets, bonds are rallying, and yields are falling once again after rising earlier in the year when inflation expectations were at their highest. The yield on the U.S. Ten Year Treasury bond went as high as 1.75 percent in late March but is now hovering below 1.40 percent. The peak inflation and peak growth themes are the main explanation, as the Fed has remained consistent in its messaging around expectations that inflationary pressures will be transitory. Yields are unlikely to fall much further, but if growth is more moderate, and the Fed is true to their word and does not hike rates in 2022, yields may trade in a range that is a bit higher than it was previously. 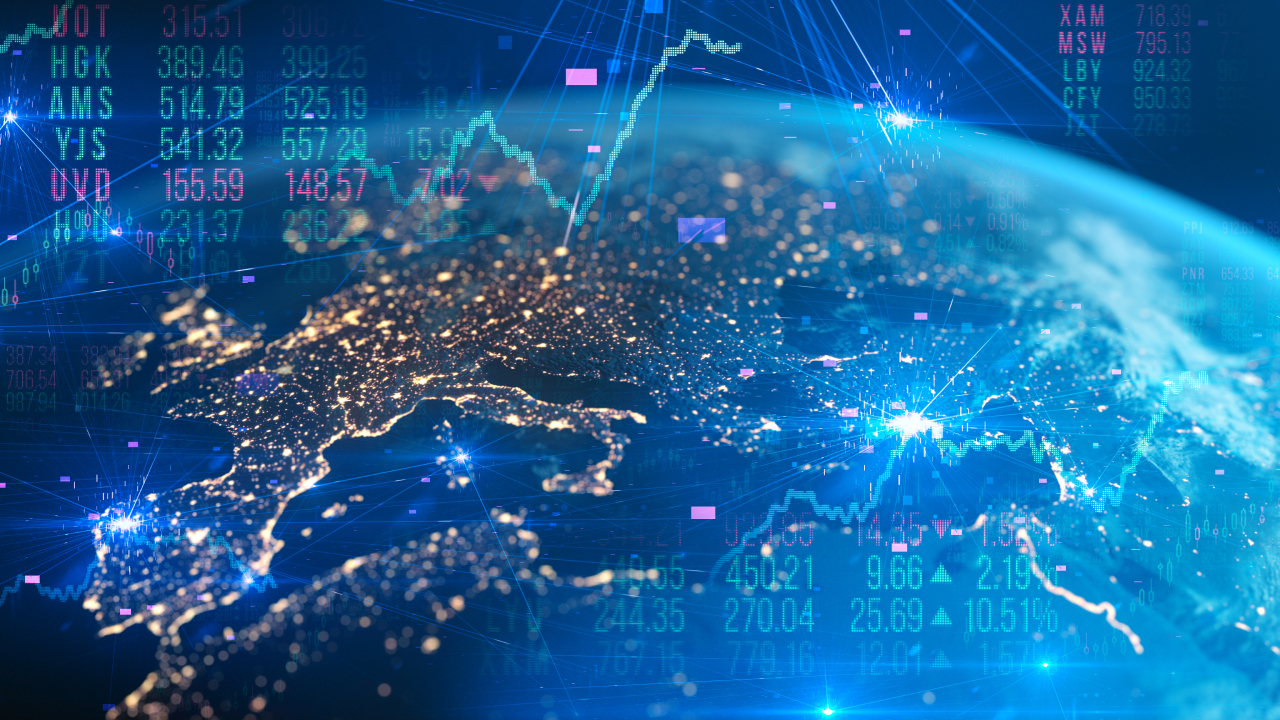