A Conversation on the Economy

Following are highlights from the HBKS webinar Q&A aired June 24:
Sommers: Business activity is recovering coming out of lockdown: manufacturing data recently showed solid gains; new home sales have rebounded; employment is improving weekly; retail sales are stronger than expected. You have said that the economy would rebound quickly. How long before we return to pre-COVID levels?

Wesbury: We always thought it would be one of the shortest but deepest recessions on record. Most recessions are caused by a major policy mistake. It’s usually a decision by the Fed or taxes that cause recessions. We went into this time with low tax rates, so it’s a different beast than economists or investors are used to dealing with. This is about how long we stayed shut down, how severe the effects were and whether we shut down again.

Many of the indicators we follow lag. We won’t have quarterly data until the end of July. Some data we see quicker. Unemployment filings are well below 11 weeks ago. Weekly retail sales have improved. Theater ticket sales bottomed at $5,000 and are back up to $750,000, though still way behind last year. Hotel occupancy was down 80 percent from a year ago at its worst level, now at 40 percent. The airline traffic numbers we get, passengers going through TSA, bottomed at 80,000 a day and now are back up to over 500,000, though still below the 2.5 million a day from a year ago.

So we clearly see a sharp bounce from the bottom. The question is how long will it take to get back to normal. Will there be a second phase and the potential for mayors and governors to shut down their economies again? We realized how damaging that was, so shut downs are not likely. But people have to get back to feeling normal.

Millions of small businesses will never reopen and those are jobs that will take a long time to come back. It will take a number of years before we’re back to where we were. I’m looking for a V-shaped recovery at the beginning but a kind of a swoosh after that, slowly getting back to where we were. Right now we’re at 13.7 percent unemployment; I think we’ll finish the year around 8 percent, and it will take a few years to get back below 4 percent where we were before the pandemic. Many of the issues about jobs were already trending, like people going out less and streaming their entertainment.

How did the stock market recover so quickly when the economy is doing so poorly? The S&P companies enjoy the benefits of cash on the books, solid balance sheets and good management—and on top of that, they’re also the companies that were allowed to stay open, like Walmart, Home Depot and Amazon, while smaller shops had to shut down. My view is that in the long run, we’ll see things go back to what they were but not like they were. People are used to having Prime accounts and things delivered; the online share of retail activity has exploded in the last few months. Viruses burn out and this one will too, though I’m not predicting when or if we’ll have a second wave. Or we’ll get a vaccine and then we will go back to a much more normal picture than we have today.

Sommers: Central banks have been unsuccessful at generating inflation for years because of global forces: global supply sources have been flexible, global competition has driven prices down, technology has lowered prices, and a surplus of workers are keeping wages low. Some of these factors keeping inflation in check might be waning. Will the stimulus spending cause higher inflation?

Wesbury: Two things are going on here: For one, supply and demand determine prices; if demand exceeds supply you have a problem. We put a lot of people out of work; a lot of people are worried about government spending: $3 trillion and maybe more might not be a good idea. However, the Government needed to provide some kind of compensation for closing down their businesses. We also saw a decrease in demand, such as 80 percent for gasoline and 50 percent of seats in a restaurant. When you throw trillions of dollars into the hands of people who are not producing, that is inflationary.

Second, inflation is really about the value of money. If you print more money than you create new goods, you have inflation. The Fed through quantitative easing tried to increase inflation by putting more money into circulation between 2008 and 2015. But the money didn’t actually enter the economy; the banks held that money as excess reserves, didn’t lend it. M2, which measures all deposits in all banks, grew only 2 percent from 2008 to 2019. This time the Fed put the money in, then through the PPP government-sponsored loans it did enter the economy and M2 has grown 86 percent at an annual rate in the last two months. It does worry me that you can print all this money and hold back supply and not have inflation. We’re printing more than in the 1970s when that led to double-digit inflation. I think, because of supply and demand ratios inflation will remain moderate.

Sommers: Let’s talk about the markets. S&P is down about 4 to 5 percent since the beginning of year and has rebounded quickly—some say too fast—despite plunging leading economic indicators. Economic data have improved but remain well below what they were prior to the pandemic. Why do you believe the stock market has rebounded so quickly, and has it rebounded too far too fast?

Wesbury: Trillion dollar market cap companies now make up 18 percent of all companies’ value, an explosion from 12 to 13 percent last year. When you look at the FANG (Facebook, Amazon, Netflix and Google) stocks, there are a lot of tech companies behind them that have also done extremely well. We all knew more shopping would go online, if not this fast—or that there would be this many Zoom meetings. Second, I disagree with people who say we’re in a bubble. At the bottom of the market the week before Easter, we took interest rates as they were and calculated backward to say what profits have to do to justify this level of the market. The market was expecting an 80 percent decline in profits, but was at 30 percent at its worst and now is about 20 percent. Put those numbers into our model with extremely low interest rates we still believe the market as a whole is undervalued. The stock market isn’t the economy; it’s what we expect out of future profits. A lot of companies will do better because of the pandemic: they were open while their competitors were closed; some we can’t live without that make our lives bearable. If you’re the governor of a state, your revenue has plummeted. We’ve learned more about the virus and don’t think we’ll have another shutdown and those that did shutdown will begin to catch up with others.

Sommers: The price of the average stock is down 20 percent if you take FANG stocks out of consideration.

Wesbury: We had a 1.7 percent 10-year Treasury and now it’s at .7 percent. That’s why I say this market is undervalued, even if profits are off 20-30 percent. It’s likely that the discount rate will not move higher in the next couple of years.

Sommers: We’ve dealt with these things before and stocks continue to go higher. Seems that some people only focus on negative scenarios. What are the positive catalysts?

Wesbury: The market today (June 24)—we’ve had a bunch of days like this—is all about a resurgence of cases of COVID. One of the reasons we won’t shut down again is that the average age of new cases is younger. COVID is no worse than the flu for younger people. Yes, cases are going up, but hospitalizations and people in ICU beds and deaths have all been trending down, unlike in the beginning. The more we dig into the statistics the more we realize we may have overreacted with the shutdown. My biggest worry is that we’ve created a new and standard operating procedure for a flu or virus where we shut down the economy. It’s devastating to the economy and to our health because we’re losing wealth we use to fight future problems. When people lose their fear, that will propel us to new all-time highs.

Sommers: There’s been a lot of talk about the presidential election and what that might mean to the economy. We have been telling our clients that economic cycles tend to move independently of a presidential cycle, that the person in the White House has minimal impact on the economy and markets. Some studies say what matters is monetary policy, not the executive branch of the government.

Wesbury: From a policy perspective I want less regulation. Free-market capitalism creates wealth. It’s why we’re the wealthiest country in the world. We live in an exceptional era of sustained productivity increases because of technology, the “network economy.” Every new app, every new user, every new program, every new website make that network more valuable. We don’t invest in GDP, we invest in companies and there are companies where technology is boosting profitability and productivity that you don’t see in GDP data. So it’s not necessarily that Presidential policies don’t matter, it is that economic growth will continue even if there are policy mistakes or anti-growth policies put in place.

Sommers: A proper portfolio has included some allocation in foreign stocks. Now especially, many of those stocks have lower valuations than U.S. stocks. And some places around the world might bounce back faster from the virus than the U.S.

Wesbury: Some European industrial companies compete against GE and other U.S. companies. SAP and Oracle have the same customers. The U.S. did tons of business with China and a lot of that business is now moving to other countries, like Vietnam and Japan. The world is mad at China because of supply chains and lying about the virus. That will lead us to be more diversified internationally. My one worry is that U.S. Treasury bonds are overvalued with debt levels and money supply growth and the potential for inflation.

You can also watch the interview, in its entirety here: 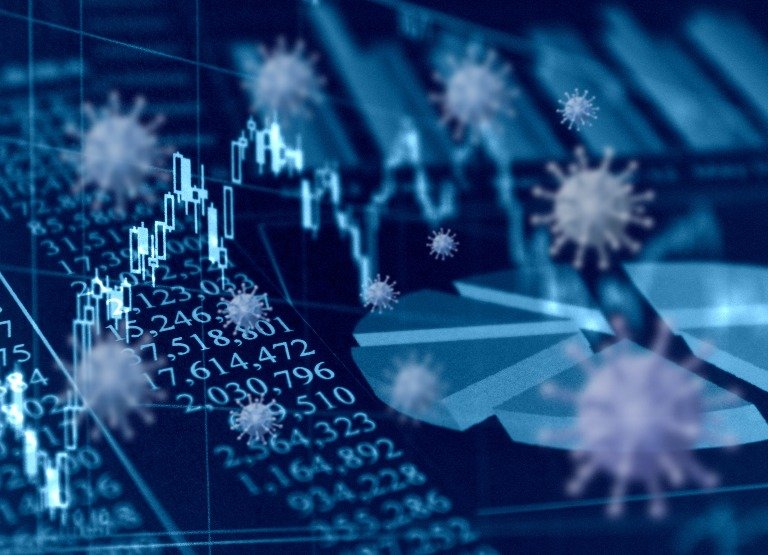