Our Perspective on the Coronavirus Epidemic

Global equities have fallen four days in a row, and the MSCI All Country World Index is down over 7 percent from its highs earlier this month. The selling is being driven by concerns about the spread of the Coronavirus outside of China. Although the number of new cases each day peaked in China in early February, the daily number of new cases worldwide continues to rise. As of the time of this being written, there have been more than 80,000 people infected and more than 2,700 reported dead, a death rate of just over 3 percent.

The main economic concerns had been centered on mainland China – slower demand for foreign goods and services from China and the disruption of corporations’ global supply chain. According to Reuters, analysts expect the outbreak to cause significant damage to China’s growth in the first quarter and hinder their global trade for months to come. As it spreads to Vietnam, South Korea, Italy, Iran, and other countries, there is also the risk of slower demand in those countries. As a result, the probability of a slowdown in global trade is increasing. The potential for lower corporate profit growth, combined with elevated stock valuations, are driving equity markets lower.

At this time, it appears the disruptions to global growth could be significant, but short-lived. History has shown that most geopolitical events, including pandemics, have only a temporary impact on global growth. But historical comparisons are less than perfect because the world’s economies are much more integrated today than at any point in history. The supply chains of many multi-national corporations have already started to feel the impact of factory shutdowns. Also, China’s economy has grown and is now a much larger contributor to global growth than it has ever been.

Fortunately, most policy makers and central banks around the world have introduced many measures to ensure sufficient liquidity and sustain economic growth amid the virus outbreak. For example, Chinese President Xi pledged looser fiscal and monetary policy to aid growth, PBOC officials are reviewing whether to cut the benchmark rate, Italy is studying tax relief, and the White House may petition Congress for an additional $1 billion in funding.

Some economists have predicted the outbreak will reduce the global gross domestic product by about 0.30 percent. However, the data changes daily, so the full magnitude of the epidemic and the extent of damage that will be inflicted on global economic activity are still unknown. The Chinese government has been credited with acting quickly by locking down Wuhan in order to prevent further spread of the virus. But are the improved numbers from the Chinese Government credible? Even if they are, will other countries be able to act as aggressively in locking down infected areas? How contagious is the virus? Will the death rate rise as the virus is introduced to new areas?

While we continue to monitor the situation, HBKS Wealth Advisors believes it is best to prepare for market volatility, but not attempt to predict what might occur. Our clients’ portfolios’ broadly diversified structure provides some protection in volatile market environments, which prevents them from making emotional investment decisions in times of market stress. This disruption is likely to be a short -term event from which the world’s markets will quickly recover. 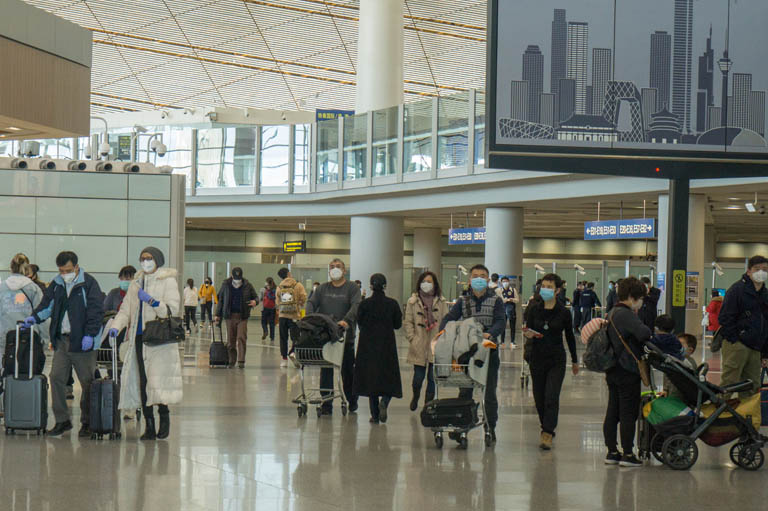