An interview with Christopher N. Sorce, CFP®, Principal and Senior Financial Advisor, as we near the 20th anniversary of HBKS® Wealth Advisors.

It has been almost 20 years since Chris and Greg Sorce merged their firm with Hill, Barth & King to allow the company to begin offering a wider range of financial services to its clients. Over that time, what was initially “HBK Sorce” then “HBKS Wealth Advisors” has grown to a wealth management powerhouse with more than $3 billion in client assets under management, offices in five states, and a ranking among the largest privately held wealth advisories in the United States.

Megan Williams, HBKS® Director of Client and Advisor Experience, asked Chris Sorce to consider the growth of the firm and share his thoughts on what it takes to compile such a record—moreover, what it takes to be successful in business, in particular in a field where competition is tough and ubiquitous.

Williams. To what do you attribute your and firms’ successes?
Chris. The simple answer is “hard work.” Greg and I have been at this for 40 years, and our success has always been due to outworking our competition. In the early days we had to work hard; we had no choice. When we decided to go into business for ourselves, that meant no one was going to be paying us a salary. If we wanted a paycheck every two weeks, we had to go out and earn something every two weeks. You know the saying about necessity being the mother of invention. If nobody’s handing you a paycheck, then you need to figure out a way to generate some income.

Williams. How did that work for you in the early years?
Chris. We said that we were going to be more successful than our competitors. It was our promise to ourselves. We’d outlast them by working harder, smarter, and longer. They were big name brokerages, powerful national firms. They had 20 and 25 people in their offices that we had to compete with. One by one our competitors left the business through retirement or changing careers. We kept at it.

Williams. So that’s the key to success, hard work?
Chris. It’s not much more complicated than that. It’s not about being more intelligent; there are a lot of intelligent people in our business—almost everyone in our business. It’s not about degrees or designations, or where you went to college or your grades, or where you grew up. Work ethic is what separates the winners from the losers in business. The winners are those people who are willing to do things that others won’t because they want more. They want the best for their employees, clients, and families.

Williams. Explain what you mean by being willing to do things others won’t.
Chris. I’m talking about being and staying uncomfortable. You need to do something every day that stretches you, your skills—and that’s uncomfortable. Making calls, digging up new business, contacting an existing client about an additional service, rainmaking—doing those things to create more business for yourself and your organization.

Thirty-five years ago, I was sitting in a room of top producers at a conference. I looked around and realized we were a rag-tag group. I laughed and said, “Who would have ever thought these guys would be at the top of their profession?” We weren’t the smartest or the best looking or the most privileged of those at the conference. What distinguished us, what set us apart, was our work ethic, challenging ourselves every day, over and over and over again.

Williams. What else can young people starting out in business do to become successful?
Chris. Be enthusiastic. Nothing happens without enthusiasm. You can see it working in some of our young professionals here at HBKS. Their enthusiasm is winning them opportunities and launching them into what will be tremendous careers.

I stay curious and hungry for opinions from people I respect. I google at least ten things every day before 7 a.m. It’s important in terms of being able to talk with people on a wide variety of subjects. I’m never done learning.

Williams. Can young professionals learn by emulating what successful people in their business have done?
Chris. Of course, you can always learn from the leaders in your field. But Greg and I didn’t copy how other people were operating or what they were doing. In fact, we’d attend industry gatherings and most of the time walk away thinking what we were doing was better. You won’t be successful by trying to imitate what somebody else has done. You can learn from them, but you have to find your own way.

Williams. So that’s it—work hard, stay uncomfortable, be enthusiastic and remain curious?
Chris. That’s it. There’s no magic to this. It’s simple—simple, just not easy.

Investment advisory services are offered through HBK Sorce Advisory LLC, doing business as HBKS® Wealth Advisors. NOT FDIC INSURED
– NOT BANK GUARANTEED – MAY LOSE VALUE, INCLUDING LOSS OF PRINCIPAL – NOT INSURED BY ANY STATE OR FEDERAL AGENCY 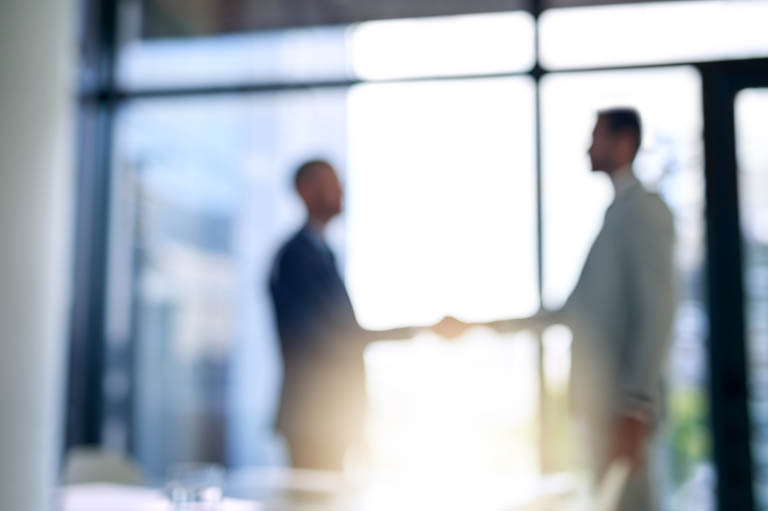