During the past nine years many central banks around the world have been supplying monetary stimulus in order to lift global economic growth. These expansionary policies have enabled the worldwide economic recovery to continue, although at a very slow pace, without causing a spike in inflation.

As a result, equity markets around the world have climbed steadily during this time, with U.S. equity markets substantially outpacing those of other countries. During the second quarter of 2017 stocks continued to climb, but there was a pronounced shift in leadership. The stocks of other developed countries and emerging markets outperformed domestic equities as many overseas economies posted improved growth. U.S. investors owning international stocks also benefited from a declining dollar.

In late June, several U.S. central bank members signaled they are poised to raise interest rates. Not surprisingly, global equities and bonds fell sharply as investors began to price in higher rates. Investors began looking for signs of economic and market weakness even though global growth continued to improve.

As we head into the second half of the year, the environment remains favorable for global equities. Interest rates are still low, jobs are being created, and inflation remains under control. Gross Domestic Product in the U.S. is still expected to grow around 2 percent, which is tepid but should be enough to allow corporate earnings to continue to improve. As long as the U.S. dollar doesn’t move dramatically higher and the Federal Reserve doesn’t raise rates more than one time in 2017, stocks could continue to rise.

Outside the U.S., recent data shows growth rates are nominal but strengthening as the effects of the stimulative monetary policies of foreign central banks have begun to take hold. Many foreign stocks also have less expensive valuations than their peers in the U.S., so foreign equities could continue to outperform U.S. equities.

While the economic fundamentals appear sound, a wild card in the overall picture is the U.S. Congress and its efforts relative to tax reform and infrastructure spending. No matter the conjecture over the longer term effects, in the short-term most market observers believe the passing of legislation in these areas would provide a boost to both economic growth and stock prices.

As Director of Asset Management for HBKS® Wealth Advisors, Mr. Sommers oversees the firm’s investment management processes for a distinguished group of nearly 30 investment advisory representatives. Mr. Sommers chairs the Investment Policy Committee of the firm and is instrumental in the identification, evaluation and recommendation of the investments that make up HBK’s portfolios. He brings HBKS clients the expertise of more than 20 years managing a wide range of portfolios for both high net worth individuals and institutional clients.

The information contained in this paper is for educational and informational purposes only. It is not based on individual facts and circumstances, does not constitute individual investment advice and cannot be relied on as investment advice. The analysis and/or recommendations contained in this document are based on numerous assumptions which are necessarily uncertain in nature and may not accurately reflect the actual outcome or future. The analysis is also limited in nature due to the limited scope of the available information. As such, they cannot be relied upon as any type of promise or guarantee of future results, and HBKS® Wealth Advisors does not guarantee their accuracy. If one or more of the assumptions is not accurate, the results may be materially different than that projected by the analysis. Any investment involves some degree of risk, and different types of investments involve varying degrees of risk, including loss of principal. It should not be assumed that future performance of any specific investment, strategy or allocation (including those recommended by HBKS® Wealth Advisors) will be profitable or equal the corresponding indicated or intended performance level(s). Past performance of any security, indices, strategy or allocation may not be indicative of future results. 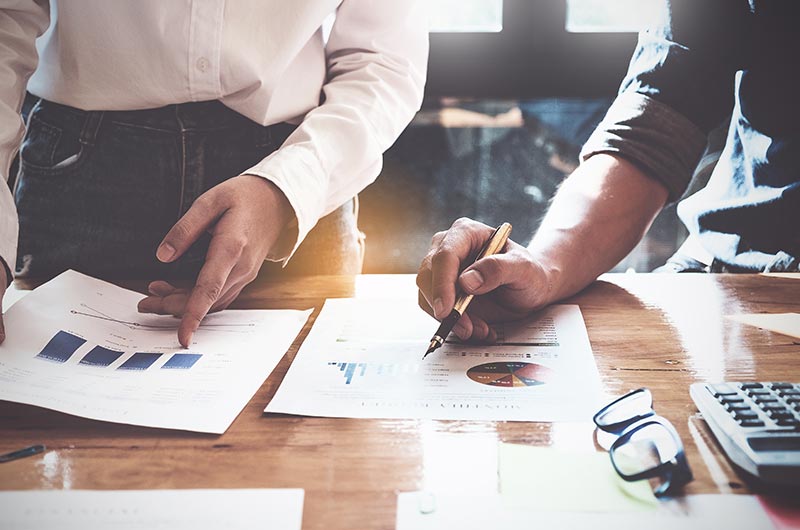