Moral hazard: noun. The lack of incentive to guard against risk.

The term “moral hazard” dates back to the 17th century and was widely used by insurance companies. The term was more recently used when economist Paul Krugman described moral hazard as “any situation in which one person makes the decision about how much risk to take, while someone else bears the cost if things go badly.”

In today’s investment world, I would interpret moral hazard as a risk one takes when an investment decision is made where the risk of the trade is born by only one of the two parties. This exists in a traditional brokerage format where a client is sold an investment by a broker. A commission is made and there is no further alignment between broker and client. The client bears all the risk of the investment. The broker does not have any further interest in the existing transaction, only future sales.

As investment advisors, we do not earn commissions; we are paid for advice, and our compensation is inextricably tied to the fortune of the client. Because our upfront compensation is typically a fraction of what a traditional broker would make placing trades, our alignment to the client and his or her investments is ongoing and linked in both up and down markets. We are highly incentivized to drive long-term performance for our client, not just to make a trade. We have a fiduciary responsibility, the highest of benchmarks in our business.

Therefore, where as moral hazard is defined as a lack of incentive to guard against risk, we only succeed long term if our clients succeed long term. Our interests are identical: seek upside, protect downside.

Investment advisory services are offered through HBK Sorce Advisory LLC, doing business as HBKS® Wealth Advisors. NOT FDIC INSURED – NOT BANK GUARANTEED – MAY LOSE VALUE, INCLUDING LOSS OF PRINCIPAL – NOT INSURED BY ANY STATE OR FEDERAL AGENCY. 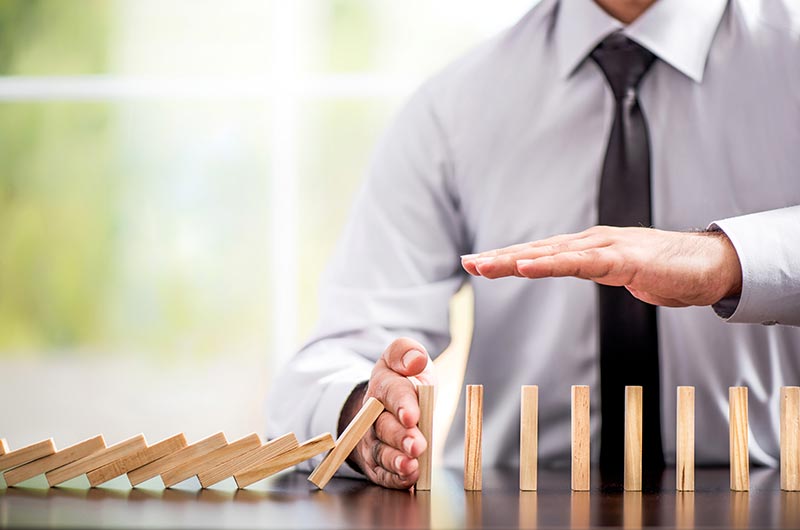